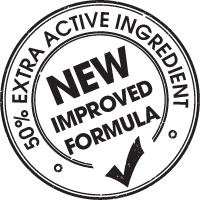 Unlock the true performance of your ration

From the critical postpartum period and beyond, improve your cow's performance by unlocking more energy from your own ration with OptiPartum-C+.

A more profitable farm - with Optipartum-C+

OptiPartum-C+ is a scientific breakthrough that when added to the postpartum ration, boosts intake and helps to unlock the true performance of the cows’ diet from the critical postpartum period and beyond.

A new way of unlocking the true performance from your dairy ration.

Unfortunately, dairy cows are not the most efficient at digesting and utilising feed. UK research shows that up to 20% of the starch that is fed in a typical dairy ration can be excreted by cows. Instead of it being converted into milk, it isn’t fully utilised and ends up in the dung. For farmers who often see undigested matter in the dung, there is now a simple way of converting some of that back into milk.

Optipartum-C+ optimises the post-partum performance of cows by contributing naturally-occurring starch-digesting enzymes to the ration. This means that more of the available starch that cows are regrettably excreting today could be utilised more efficiently to deliver more milk tomorrow.

Farm trials completed in the summer of 2018 show that by unlocking more energy from the ration with Optipartum-C+, farmers can improve milk yield (up to 2 litres), increase peak lactation and bulling rates. It was shown to be effective on rations with starch levels >20%.

It is easy to use and even easier to see it working. Just by adding 200g*/cow/day into the TMR for 30 days will show how much extra milk your own ration can deliver.

A great deal of time and effort can be spent growing and then providing the best quality ration. The last thing we want is for any of that to be wasted unnecessarily. In the same way, it is likely that the ration we offer will have been specified in much detail by a consultant or nutritionist. With Optipartum-C+, the ration remains the same, as cows are simply being equipped to gain even more energy from the recommended ration - wasting less of it.

The Optipartum-C+ technology has been used on some of Europe’s highest yielding herds for 10 years. This same technology is now available with an extra 50% activity to boost performance further.

If your total ration is >20% starch (DM), you keep good milk records and you want to unlock more performance from your ration then 30 days use will show what additional performance can be delivered from the same ration.